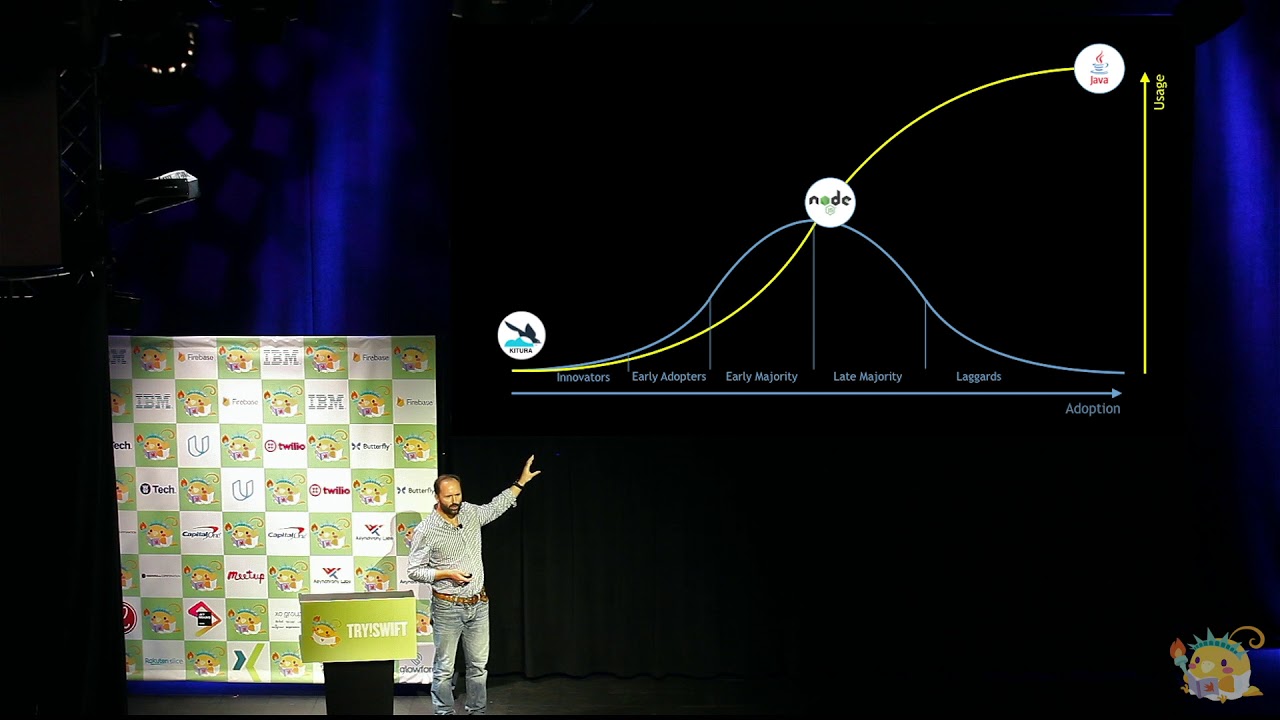 Chris Bailey’s Bio - Chris Bailey is a developer and technical leader in the Runtime Technologies team at IBM. Chris has spent over 15 years working on open source runtimes including Java, Node.js and Swift. Chris is a contributor and committor to the Swift Language, Foundation and Dispatch projects, and is on steering committee for the Swift Server APIs project aimed at making new networking, security and HTTP APIs available to the community. He is also the Chief Architect for the Swift@IBM, providing the open source Kitura server framework.

Ian Partridge’s Bio - Ian Partridge is the technical lead of the Swift@IBM development team, working in open source to bring Swift to the cloud. A committer to the core Swift libraries and a developer of Kitura, one of the leading Swift web frameworks, he comes from a background in virtual machine performance and debugging. Ian regularly speaks at conferences including AltConf, iOSCon, dotSwift, SwiftConf and more.

Abstract - Chris and Ian will explore what it’s like to build REST APIs in Kitura 2, using the built-in support for OpenAPI. Quickly generate an iOS and Android client SDK to use in your app, and deploy your server-side Swift app to the cloud. We’ll also provide an update on Kitura development and what the future might hold.

Presentation Link - Will be updated soon