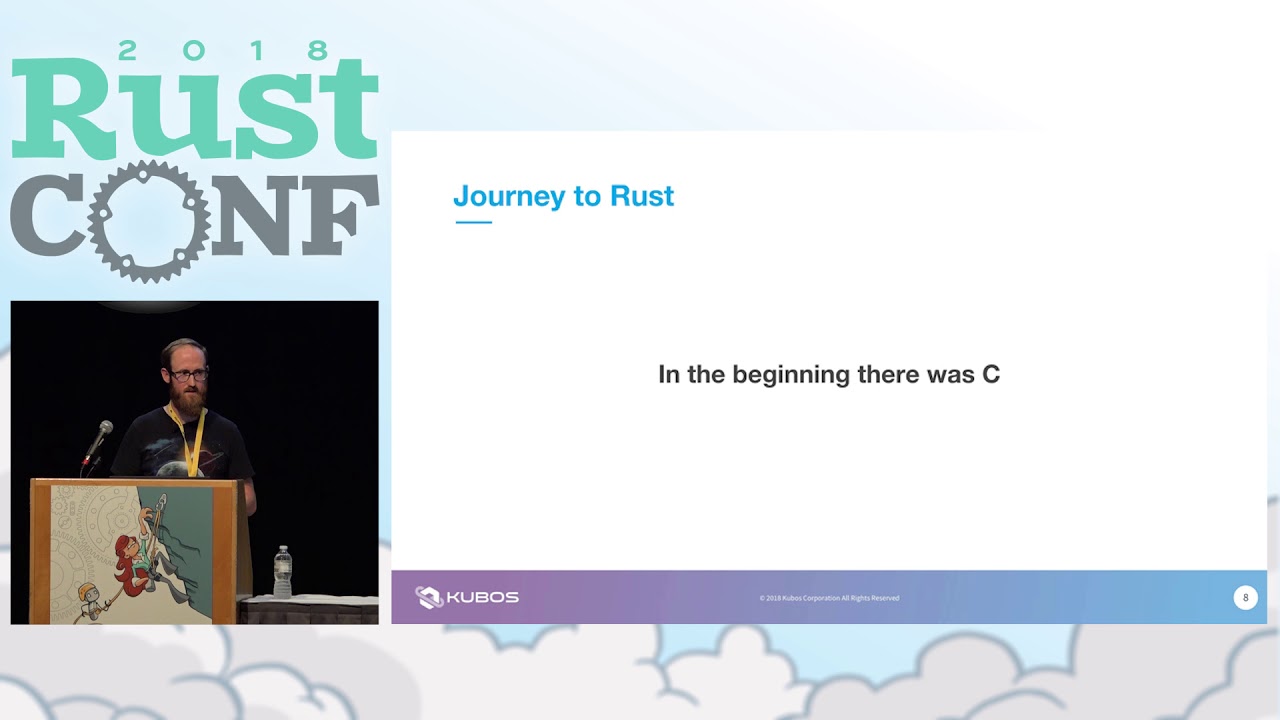 Space. It is often thought of as the final frontier for humans. Why not also for Rust?

In the fall of 2017 we began using Rust on an upcoming CubeSat mission. Writing safe, performant software is a high priority for us, one shared by the aerospace industry. Our software framework was originally written in C but we wanted to explore other options which could give us more confidence in our code and allow us to leverage newer technologies. For us Rust fits the bill with its emphasis on safety, growing community, and high level software patterns.

This presentation will cover the finer points of why we settled on Rust, how we integrated Rust into our existing C environment, how Rust has affected our developer productivity, pictures of the (first?) spacecraft running Rust in low Earth orbit and thoughts on the future of Rust in Space.