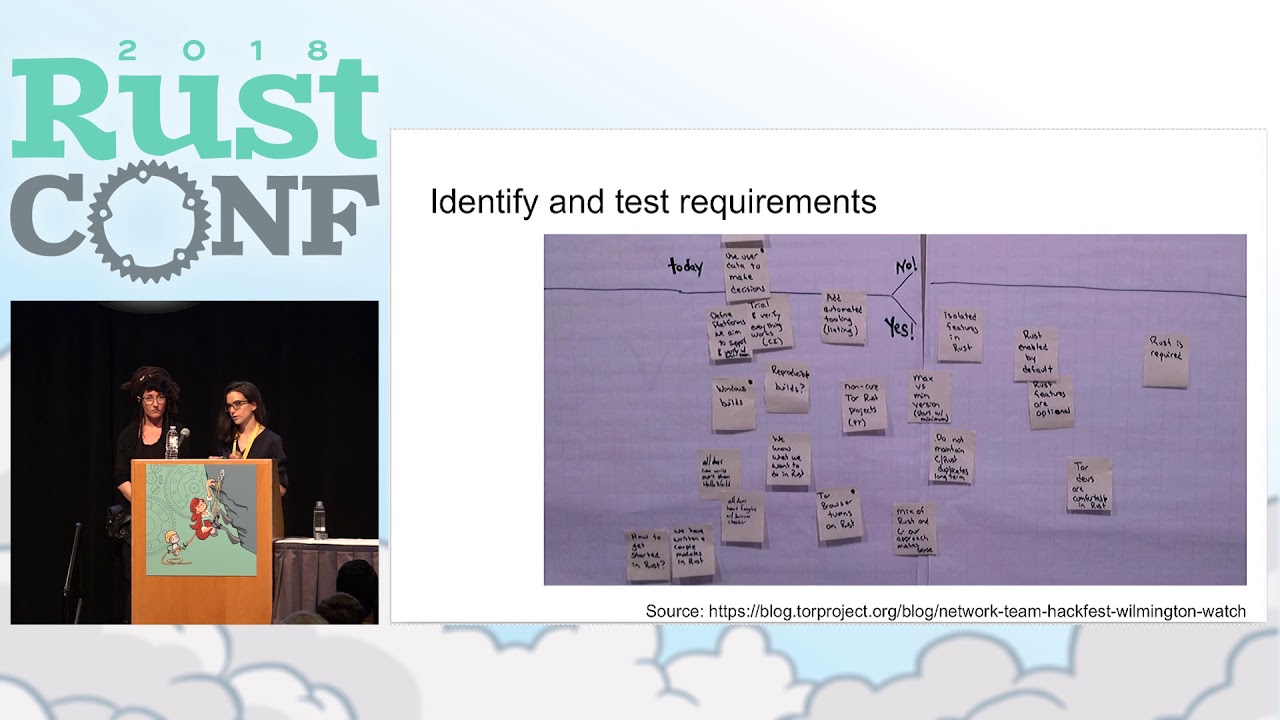 In 2016, The Tor Project's network team decided to experiment with writing existing and new functionality in Rust. Since then, this experiment has turned into a team initiative, with multiple team members adding infrastructure and new functionality with the goal of integrating Rust components directly into the core Tor code base. By 2019, we will have several features tha will be only supported in Rust.

With this effort has come many challenges and questions, some which have remained unresolved. In this talk, we propose walking through this timeline, and sharing what we have learned, what was good, and what was challenging about integrating Rust into a 10+ year old security-critical C codebase. We will also offer ideas about what could make this easier going forward, and what we are excited and hoping to see in future Rust versions. Overall, we at The Tor Project are big fans of Rust. We are looking forward to sharing what we have learned and accomplished over the last two years.