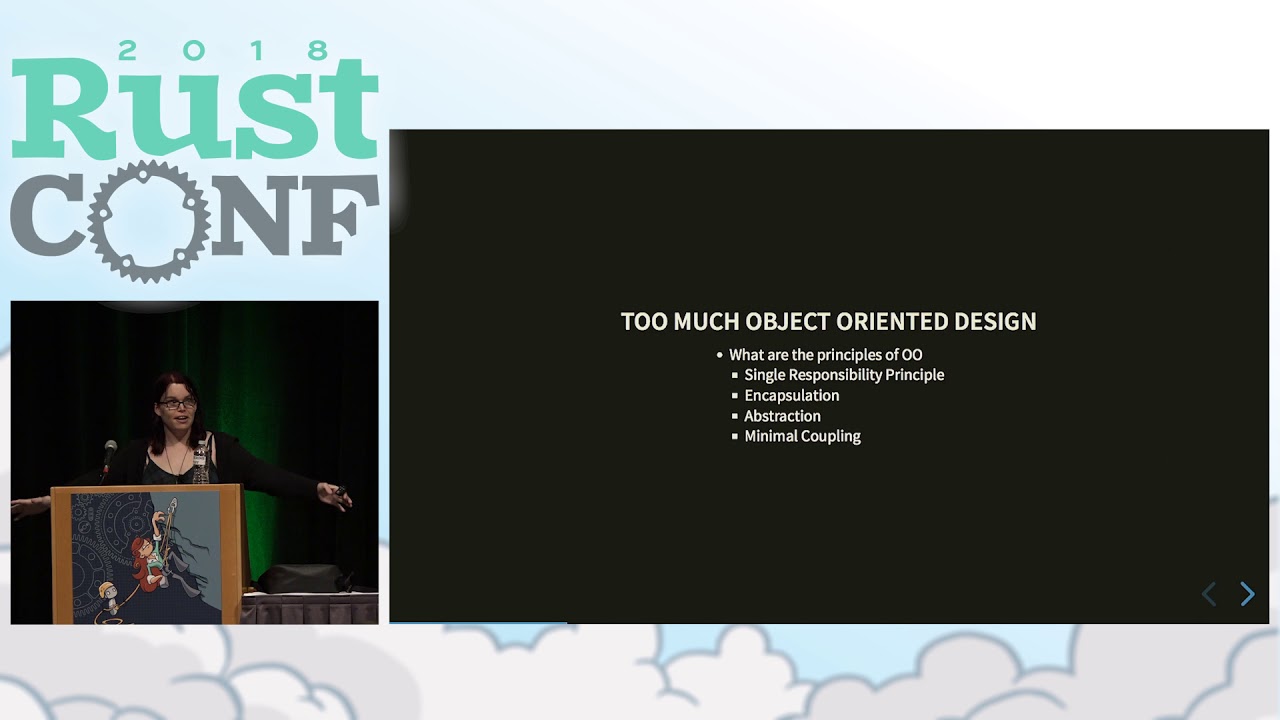 When you’re just starting out in Rust, you start by building small programs. As we all know though, medium and large projects can have very different, unique kinds of problems that smaller projects never encounter. As our projects grow in size, we need to be increasingly concerned about code organization, separation of concerns, implementation hiding, and other techniques to manage growing complexity.

Most languages have tools and patterns to deal with this, and Rust is no exception. However, the patterns that we learned from other languages, especially in mainstream OO languages, are often unhelpful when applied to Rust, and this can lead to a roadblock when trying to transition to building moderate or large Rust programs.

This talk will cover a case study of a moderate sized game engine written in Rust and Lua, and show strategies for implementing things in Rust where common implementations in other mainstream languages are a poor fit. I’ll also discuss some examples of problems unique to Rust that ended up with very nice —but sometimes not obvious— solutions.

Along the way, I’d also like to discuss working with Rust in game development generally, and what it’s like getting Rust to run on mainstream game consoles.

The blog post mentioned in this talk is at https://kyren.github.io/2018/09/14/rustconf-talk.html