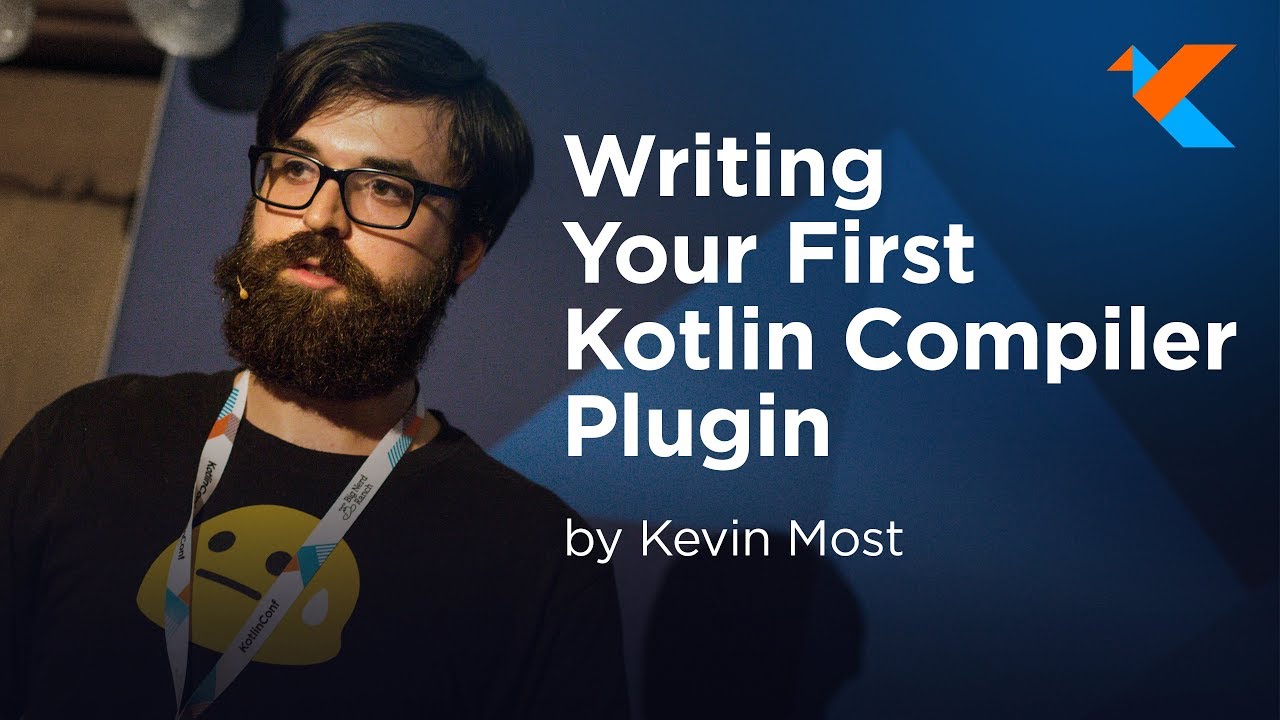 KotlinConf 2018 - Writing Your First Kotlin Compiler Plugin by Kevin Most

Recording brought to you by American Express https://americanexpress.io/kotlin-jobs
The Kotlin compiler plugin API gives us powerful features like Parcelize and the synthetic view accessor methods in kotlinx.android. These features could not be built using similar, but more limited, mechanisms, such as annotation processing.

About the Presenter:
Kevin Most is a New York City-based software engineer who is passionate about Android, and excited about Kotlin. Kevin currently works at Google on the Mobile Vision team, exploring the various applications of the image recognition libraries that power Lens and other Google vision products.