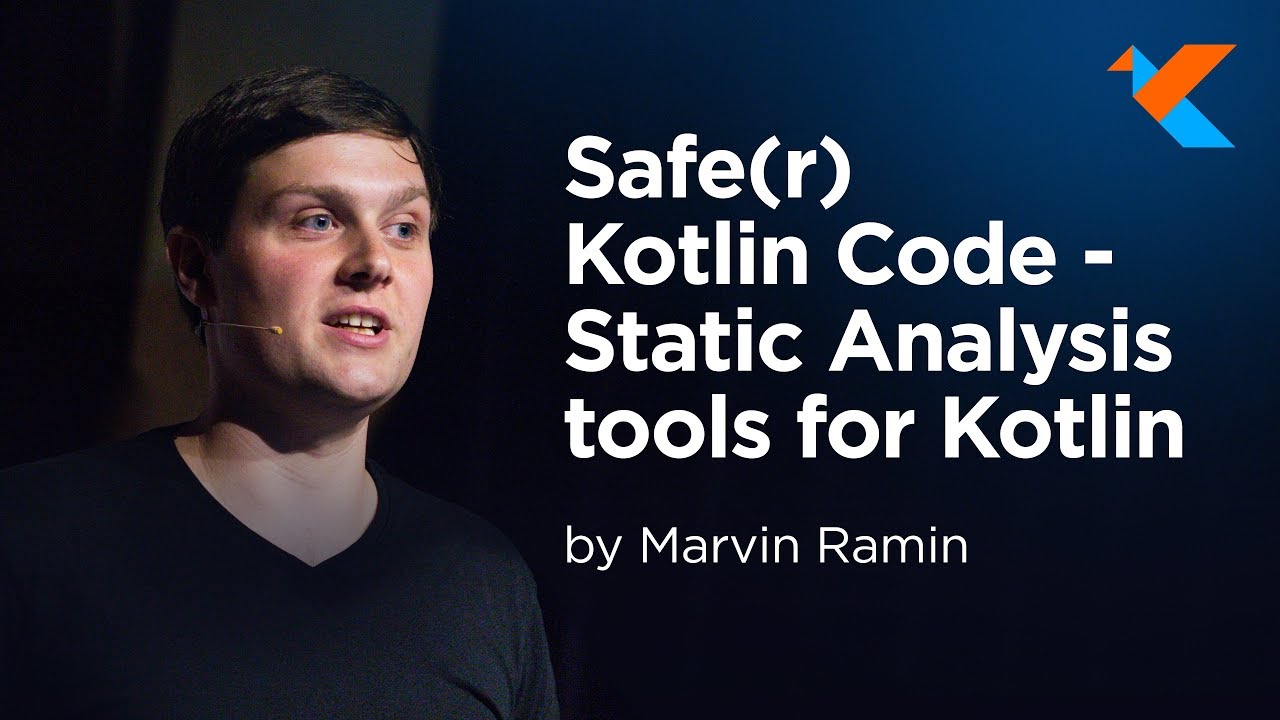 Recording brought to you by American Express https://americanexpress.io/kotlin-jobs
When introducing Kotlin to a Java codebase one thing that is often missing from the picture are static analysis tools.

Static Analysis suites can give an overview of a codebases health, point out potential issues to make the code safer and can help to keep the codebase in a uniform style. The Java ecosystem already has a broad selection of different static analysis tools each with a different focus.

To cater for the different language features and concepts that Kotlin offers most Java focussed static analysis tools are not applicable to Kotlin code. This talk showcases static analysis tools written specifically to improve Kotlin code (and are mostly written in Kotlin themselves). Tools such as detekt, ktlint and Android Lint are introduced and explored for their use-cases and how they can complement each other.

As Marvin is one of the maintainers of detekt he will also share in more detail how detekt works, what it aims to achieve and how the future roadmap looks like for detekt.

About the Presenter:
Marvin Ramin is a Software Engineer at Google where he is working on Android TV. Previously he was working on multiple Android applications focusing on making their codebases safer and easier to work with. Marvin is also contributing and collaborating on detekt, a Kotlin static analysis suite.