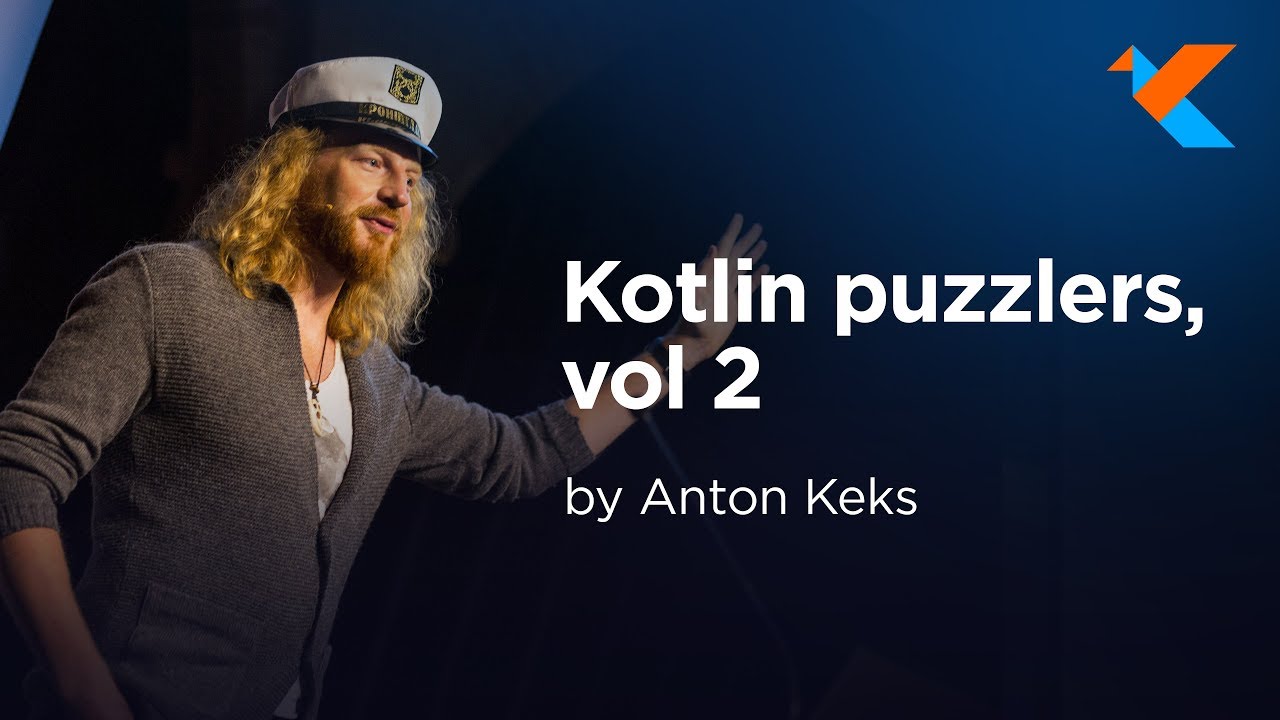 Recording brought to you by American Express https://americanexpress.io/kotlin-jobs
Kotlin is a marvelous language that makes programming on the JVM fun again. During the design phase of the language, it was said that Kotlin specifically tried to avoid some of the most famous Java Puzzlers. However, having so many advanced features in the language it cannot avoid introducing puzzlers of its own. This talk will present some of the more interesting nuances of syntax or language features with the help of small puzzler programs letting the audience guess their behavior. The mystery will then be revealed with an explanation in a fun way.

Having received an overwhelmingly good feedback from the previous year, I am ready with a set of completely new puzzlers to entertain you among all these really serious talks! Don't miss this sequel to one of the highest rated talks of Kotlinconf 2017!

About the Presenter:
Anton Keks is a software craftsman, co-founder of Codeborne, the only extreme programming shop in the region, frequent speaker at conferences, and a lecturer in Tallinn Technical University. He is also a strong believer in open-source software and agile development methodologies, author of a popular network tool — Angry IP Scanner, and a regular contributor to other open-source projects. Before founding Codeborne, Anton has led a team of developers of the award-winning internet-bank of Swedbank for 5 years, gradually introducing agile methods. During this time he has also co-founded Agile Estonia non-profit organization that organizes regular agile conferences in Estonia. During spare time he plays guitar, rides motorbike and travels to remote corners of the world.