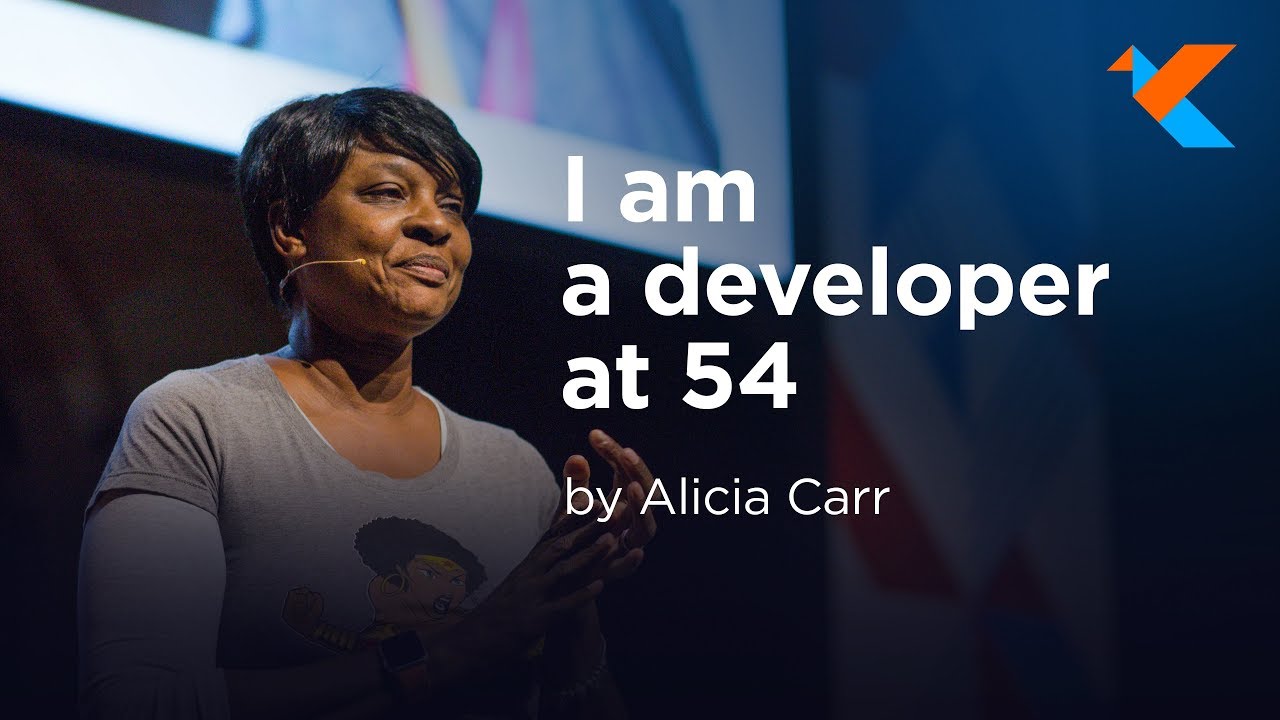 Recording brought to you by American Express https://americanexpress.io/kotlin-jobs
I talk about how and why I wanted to be an iOS mobile developer at the age of 51. How a 16 year inspired me to learn to code and the challenges I face after becoming an iOS developer being the first self-taught African American woman mobile developer to create a domestic violence app dedicated to helping victims escape abuse and how Apple found me and was highlight at WWDC 2015, 2016 keynote event and I am a developer video. Some people want to believe that people my age are out of touch with technology and as a woman.

About the Presenter:
Alicia is the first woman of color mobile developer to create a domestic violence app Purple Evolution, Inc(PEVO) dedicated to helping victims escape abuse. She used her acquired skills as a developer to make a difference. Alicia also dedicated her time to empowering women in tech with Women Who Code, she has received several major acknowledgments from Apple at WWDC15 and WWDC16 being the first black woman to be in an Apple 2016 new beginnings video and GitHub in there I am a developer video.