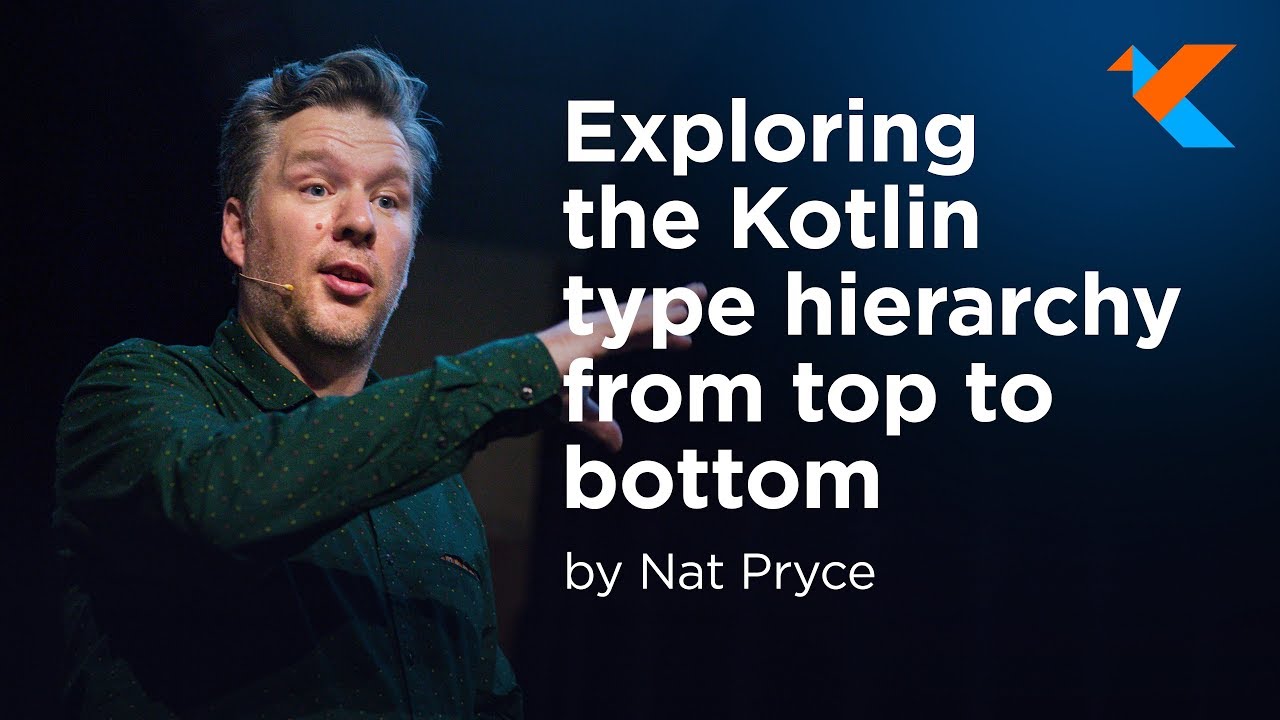 Recording brought to you by American Express https://americanexpress.io/kotlin-jobs
Coming from Java, Kotlin's type system can appear quite daunting: nullable types, Unit, Nothing, Any, variance specifiers, function types, and more. But don't panic! Kotlin's type hierarchy is actually simple – it has very few rules to learn and those rules combine together consistently and predictably. Thanks to those rules, Kotlin useful language features, such as null safety and unreachable code analysis, do not rely on special cases that you must memorise, or ad-hoc checks in the compiler and IDE that stop working when your code gets too complicated.

In this talk Nat takes you on a tour of Kotlin's type hierarchy and demonstrate how to use it to model your application domains, using example code taken from real projects.

About the Presenteer:
Nat Pryce has been programming for *coughty-cough* years, and programming in Kotlin since it was in beta. He introduced Kotlin into his current client and his team used it to deliver business-critical, customer-facing web applications. Now many teams in the company are happy users of Kotlin, and it powers many of their core services.