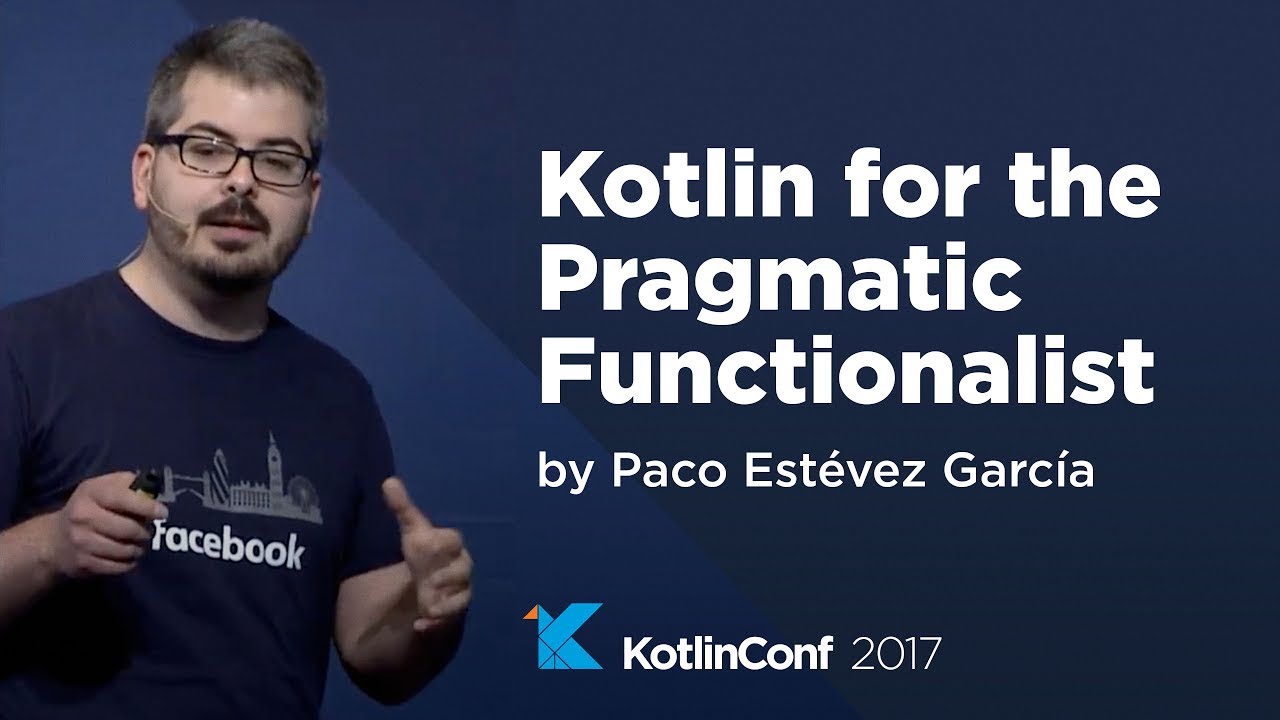 KotlinConf 2017 - Kotlin for the Pragmatic Functionalist by Paco Estévez García

Many people are migrating their backends to Kotlin from other JVM languages, lured by the simplicity and expressivity of the language. The Android community embraced it even before release because it healed many longstanding wounds.

So, what can a functional programmer find when migrating to Kotlin? In this talk we cover several of the common constructs that are part of any functional stack and how they have already been introduced into the language.

For the people interested in infrastructure, we will also go through some design choices and limitations that JetBrains provided to keep Kotlin within a sane range of pragmatism.

In my day job at Facebook I collaborate with the best people in the business to build apps for the next billion users. In the past I've worked on experimenting with early prototypes and bleeding edge software, at-scale video services, and a bit of video game development. One of these challenges was applying functional concepts in the limited Android mobile space to improve our workflows; and thanks to Kotlin we can have a great development experience!