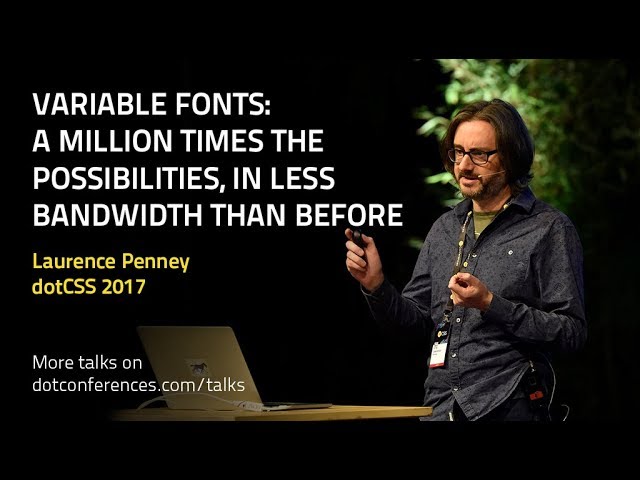 Filmed at https://2017.dotcss.io on November 30th in Paris. More talks on https://dotconferences.com/talks

In September 2016 the font world was super-excited by the announcement (by Google, Microsoft, Adobe and Apple) of the OpenType 1.8 Variable Font format. Development versions of Safari soon supported Variable Fonts via the ‘font-variation-settings’ CSS property. Chrome since added support on all platforms. Yet the technology’s success depends on being embraced by typography’s new vanguard: UX designers and front-end developers.

Laurence explains the manifold benefits for the web: responsive type within responsive design, reduced webfont payload, and much more. He shows how to explore the possibilities of Variable Fonts using his Axis-Praxis website and other tools, encourages dialogue with font makers to make sure they’re making the responsive fonts you need, and explains how to deploy Variable Fonts in real projects.