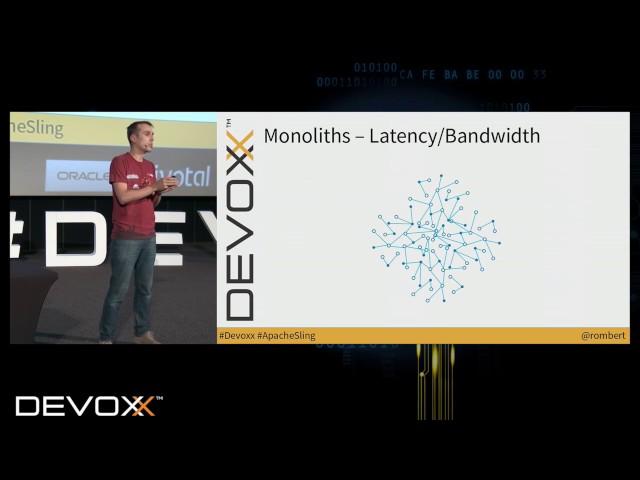 Do you really want to go fully micro? by Robert Munteanu

Microservices are definitely the hot topic du jour . Everyone ( and their dog ) is using microservices or migrating towards them. However, the initial enthusiasm for microservices is starting to fade, and for many scenarios monoliths still seem to fit the bill.

Even more interesting, in many situations a pure approach of using either microservices or monliths is not enough. Instead a more careful, intermediate approach can be quite powerul.

This talk introduces the concepst of an API gateway for microservices as a means to adopt microservices at a more convenient pace. This approach brings about most of the benefits of microservices, but removes large chunks of complexity. We will touch upon authentication, authorization, API standardisation and logging,

The API gateway implementation demoed is based on Apache Sling - an innovative web framework built on top of the Java Content Repository (JCR), that uses OSGi for its component model and fosters RESTful application design. Although we will use Apache Sling for examples, previous knowledge of Sling or its components is not required.

Robert Munteanu is a software developer with a passion for Open Source. He works as a senior computer scientist on the Adobe Experience Manager, part of the Adobe Marketing Cloud. A frequent Open Source contributor, he focuses his efforts on projects such as Apache Sling, MantisBT, the Eclipse plugin for Reviewboard and the Eclipse plugin for MantisBT. He keep track of all his public activities at http://robert.muntea.nu